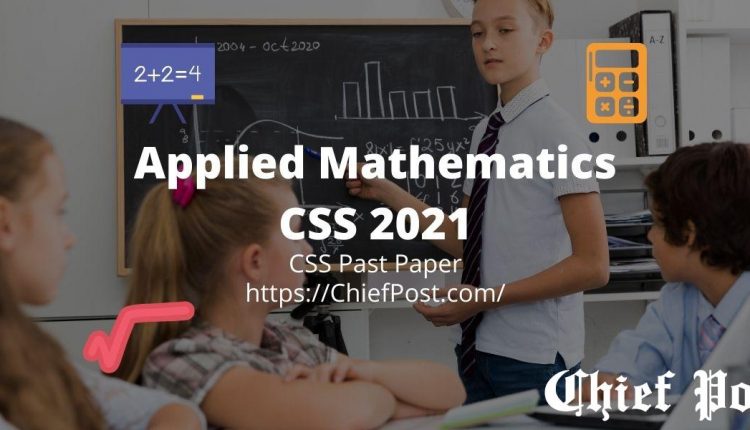 FOR RECRUITMENT TO POSTS IN BS-17
UNDER THE FEDERAL GOVERNMENT

Note: Each question caries 20 marks which are subdivided in to sub parts a and b; which are 10 marks each part.

(b) A sphere of weight W and radius a is suspended by a string of length 1 from a point P and a weight w is also suspended from P by a string sufficiently long for the weight to hang below the sphere. Show that the inclination of the first string to the vertical is

(a) Show that the law of force towards the pole, of a particle describing the curve

(a) Solve the equation by using method of undetermined coefficient

(b) Use the method of Frobenius to find two linear independent series solutions in Powers of x of the DE.

(a) Use Simpson’s 3/8 rule to estimate the integral

By comparing your answer with exact value, find the error.

(b) Solve the system of equations by Jacobi iterative method.

(b) Use trapezoidal and Simpson’s 1/3 rules to approximate

Find a maximum bound for the error in each case. Compare your approximations with the actual result.